Mt Direction Olives began in 1999 with the planting of two varieties, Frantoio and Manzanillo amidst native bush on the Toppogoree Hills in the clean and pure air on the eastern side of the Tamar Valley in Northern Tasmania.

Tasmania has aptly gained a reputation in Australia, indeed the world for its clean, green, pure and pristine environment.  Because of those same natural assets, Tasmania is an ideal location for growing olives. The cold climate means slow ripening and better accumulation of polyphenols [good stuff] and striking flavours.

Our olives are picked in the morning and pressed immediately in our processing shed, within three hours of olives being picked they are transferred into oil in tanks ready for filtering and bottling. This guarantees the freshest oil possible.

Harvest starts in late April and goes through to early June. It is true that we can say “tree to tank in three hours”. Our early season oil is rich in polyphenols and has a strong flavour which becomes milder as the season progresses and polyphenols are lowered.

Our oils have won medals consecutively in the Australian Olive Association National Awards. 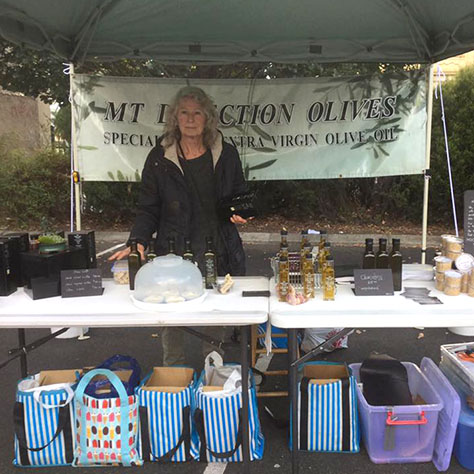